Dashain is Nepal’s most important and lavishly celebrated festival.

The first day of the festival is known as Ghatasthapana-the placing of the sacred vessel. According to the tradition, all devout Hindus should take 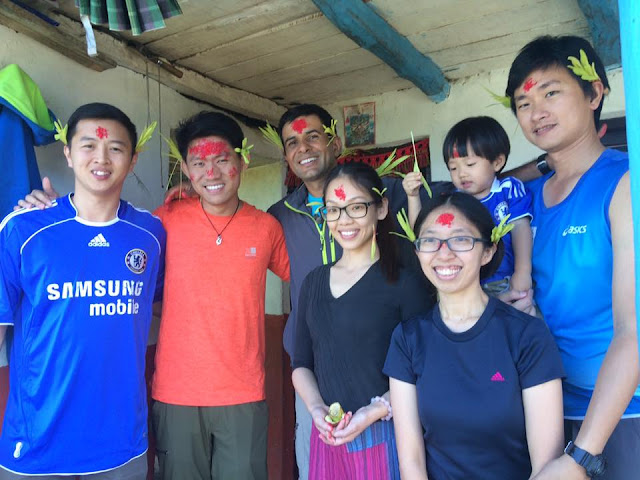 an early morning bath in the holy river and return carrying some sand from the riverbed. At the same time, a small clay pot is filled with water from the same river and placed by the sand. Barely seeds are planted in this pot and nurtured for nine days. As with other Nepalese festivals, this ritual has also a specific meaning. In this case, the river water represents the mother goddess Durga, who according to legend, crushed many powerful demon hordes in an epic battle. For the next nine days, devouts, go to different prescribed sites for early morning bathes.
The next major even occurs on the 7th day is called Fulpati  of the festival when the sacred flowers and leaves are brought from the old palace of Kind Prithvi Narayan Shah at Gorkha. When the flowers reach Katmandu, there is a large procession to Hanuman Dhoka gate where brass bands are waiting to celebrate the occasion. At the same time, guns and cannons are fired at Tundikhel parade ground.
The eighth day of the festival is known as Mahashtami and is marked by a fast by all orthodox Hindus. In the morning, animal sacrifices are carried out at temples dedicated to Goddess Durga.
On the 9th day Mahanawami , all temples dedicated to Durga are bathed in sacrificial blood. On this day, even vehicles and other mechanical items are worshipped and sacrificed so as to prevent accidents during the coming year. Similarly, all instruments, weapons and implements of all professions are worshipped in the hope that Durga will bless their usefulness and accuracy. In the evening, there is an elaborate sacrifice at the Taleju temple near Hanuman Dhoka.

The peak of Dashain celebration is reached on the tenth day known as Vijaya Dashami, or the Day of Victory. On this day, all the Hindus are supposed to visit their elders or superior relatives, starting with their parents. The main purpose of this visit is to receive tika and shoots of the barley known as jamara. Tika is a red dot or smear placed on the visitor’s forehead by the senior relative. Also frequently used in other festivals and even in daily worship, the tika consists of vermilion powder, rice and curd. As all visits cannot be completed in one day, they continue until the end of the festival.